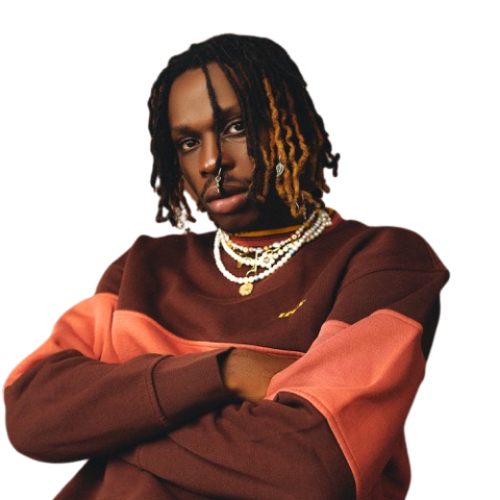 Fireboy DML’s career began officially when he signed on to Olamide’s YBNL Nation Entertainment Record Label in 2018. Although an Afrobeats artiste, Fireboy feels his version of Afrobeats is different, so he prefers to call it Afro-Life.

He released his debut album in November 2019 and called it Laughter, Tears and Goosebumps. His breakthrough single titled JEALOUS was first released in 2018 and re-released in 2019. The song was widely acclaimed and brought him prominence on the global music scene.

Fireboy DML released his second single called–WHATIF I SAY in 2019. In August of the same year, He released another single titled KING. These 3 singles are off the Laughter,Tears and Goosebumps. The album comprises 13 tracks with no collaborations. Three days after its release, it amassed over 6 million streams on Spotify.

In 2020, Fireboy released his sophomore album titled Apollo. This album had hit singles like Champion, Dreamer, NewYork City Girl, and Tattoo amongst others.

His music has been accepted both home and abroad and he is shutting down arenas and spaces all over Africa. Fireboy DML’s first show in Zambia in Oct 2021 had over 19,000 people in attendance.

His biggest record Peru- whose remix features one of the biggest pop stars in the world- Ed Sheeran- was viewed 16 million times in the first 10 days post-release on Youtube and sits at 45M views after 2 months.

His major influences are Jon Bellion, Wande Coal and Passenger and he considers these three as the foundation of his sound. He loves reading fiction and writing poetry; playing, watching and discussing football.

He is a brand Ambassador for Guinness,Monster Energy and Kuda Bank.