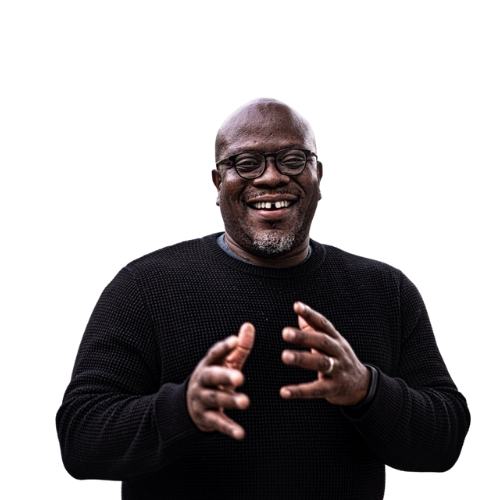 Dare Okoudjou is the Founder and CEO of MFS Africa, a leading Pan-African Fintech company, operating the largest digital payments hub on the continent. The MFS Africa Hub connects over 320 million mobile wallets in over 35 Sub-Saharan Africa countries, offering unparalleled reach into the growing African digital consumers. The company allows merchants, banks, mobile operators, and money transfer companies to take advantage of the unique ubiquity of mobile wallets as a safe, convenient, and cost-effective transaction channel. MFS Africa was named by the international business magazine Fast Company as one of Africa’s Top 10 Most Innovative Companies.
‍

Prior to founding MFS Africa, Dare worked at MTN Group, where he developed its mobile payment strategy and led its implementation across 21 countries throughout Africa and the Middle East. He began his career as a management consultant with PricewaterhouseCoopers in Paris. Dare was recently named as one of the Endeavor Entrepreneurs of the Endeavor Network, a leading supporter of high-impact entrepreneurs around the world. Recently he was selected as one of 13 African founders into the inaugural Foundry Fellowship at MIT. As a fellow he will use his experience and skills to catalyze the next generation of innovation-driven entrepreneurship across the continent.
‍

He has an MSc in Telecom Engineering from ENST-Paris and an MBA from INSEAD.

This panel aims to bring together the perspective of Entrepreneurs, Advisors and Investors focused on FinTech solutions in Africa