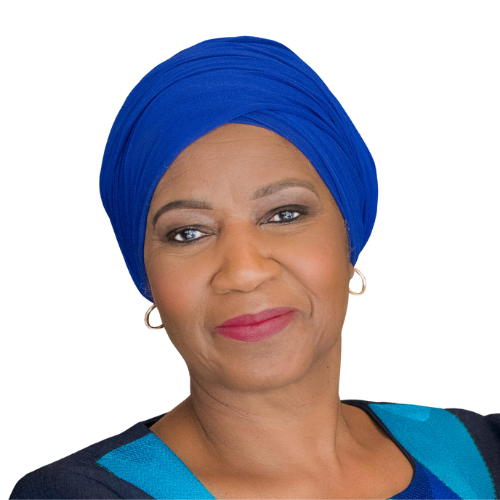 Dr. Phumzile Mlambo-Ngcuka is the former United Nations Under-Secretary-General and Executive Director of UN Women, who completed her term in August 2021 after being sworn into office in August 2013. She is the first woman to hold the position of Deputy President of South Africa, the highest-ranking female political leader in the country’s history.

Throughout her illustrious career, she directed her energy towards issues of human rights, equality and social justice, with a specific emphasis on gender and youth development. Mlambo-Ngcuka continues to be engaged and affiliated with organizations committed to education, women empowerment and gender equality. Such affiliations include the Umlambo Foundation (Founder), the Global Partnership and Fund to End Violence Against Children (Board Member), African Leadership Academy (Advisory Board Member) and the Mandela Rhodes Foundation (Board of Trustees).

She has also successfully mobilized a historic $40 billion USD in financial commitments from Member States, private sector, philanthropies and civil society as well as young people, which have formed Generational Equality to drive transformative change for women and girls around the world.

She was inducted as a Hauser Leader at the Harvard Kennedy School’s Center for Public Leadership and awarded the Vanguard award by Howard University for Leadership and Activism in promoting human rights, equality and justice for women and girls across the globe.