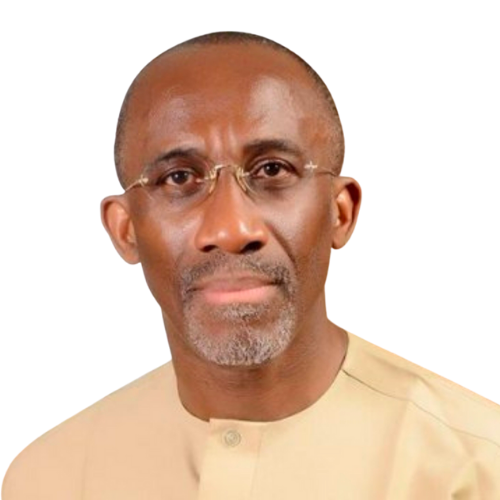 Hakeem Belo-Osagie is an accomplished Nigerian professional and entrepreneur. He earned a degree in Political Philosophy and Economics from Oxford University as well as a law degree from Cambridge University and an MBA from Harvard Business School.

A successful entrepreneur and businessman, Mr. Belo-Osagie has been a key player in the Nigerian economy for over three decades through his participation and development of several businesses in the private sector, particularly in energy, finance and telecommunications. He is the Chairman of the Board of FSDH Holding Company Ltd which includes among its holdings a merchant bank, an asset management company, a pension fund administration company and a securities trading company.

An advocate for higher education, Mr. Belo-Osagie is a member of the Harvard University Global AdvisoryBoard. Additionally, he serves as Chairman of the board of trustees of Harvard’s Centre for African Studies where he and his wife have endowed the Hakeem and Myma Belo-Osagie Distinguished AfricanEntrepreneurship Lecture series. He is also a member of Yale University President’s Council on InternationalActivities and the New York University President's Global Council.

Hakeem has been a member of the HBS community for many years, serving as a member of the Harvard University Global Advisory Board and as Chairman of the Board of Trustees of Harvard’s Centre for AfricanStudies. He has also hosted numerous lecture series and facilitates the “Africa Rising” Short Intensive Program.