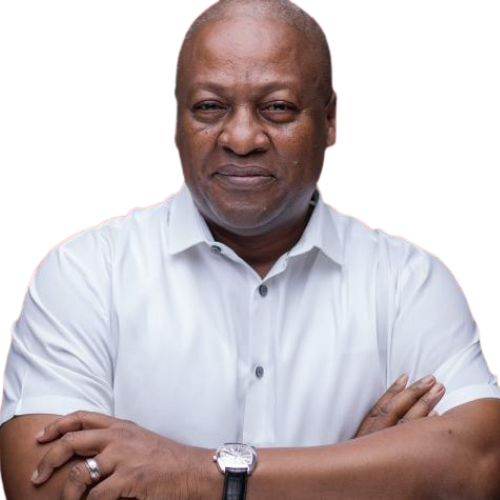 Former President of the Republic of Ghana

John Dramani Mahama served as President of the Republic of Ghana from July 24th 2012 to January 7th 2017.

He is an avowed democrat and a beaming torchlight creating the pathway for sustaining the core values of democracy in Africa. He was elected and served as chairperson and Head of theConference of Heads of States of ECOWAS. During his tenure, there was a push to consolidate citizenship participation, greater accountability of governments, transparency and building of stronger states institutions in nations within the west African subregion.

He was part of the ECOWAS mediation to resolve the post-election political impasse in the Gambia between the defeated incumbent, Yahya Jammeh and declared winner, Adam Barrow.

In January 2016, John Dramani Mahama was elected chairperson of the African Union’s (AU’s) High-Level AfricanTrade Committee (HATC) aimed at fast tracking and deepeningAfrica’s market integration and using it as an effective instrument for the attainment of rapid and inclusive economic growth and development on the continent.