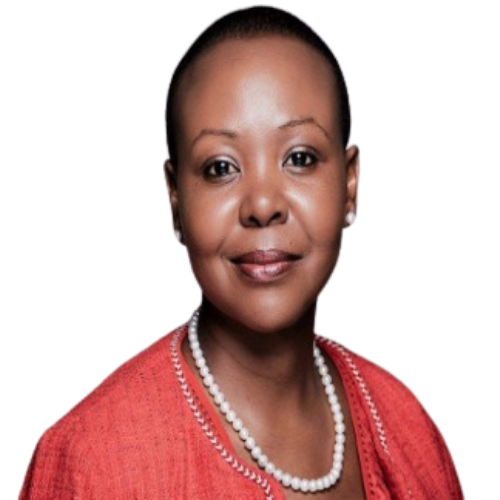 Ambassador of Tanzania to the United States

Dr Elsie S. Kanza is Ambassador Extraordinary and Plenipotentiary for the Embassy of the United Republic of Tanzania to the United States of America and Mexico. Prior to taking on this role, she served as a member of the World Economic Forum’s (WEF) Executive Committee and Special Advisor to its President. From 2011 to 2020, as Head of the WEF’s regional agenda on Africa she led numerous public-private collaboration initiatives to solve complex systemic challenges related to the UN Sustainable Development Goals and African Union Agenda 2063. From 2006 to 2011, Ambassador Kanza served as economic advisor to the President of Tanzania. Between 1997 and 2006, she worked in various capacities in Tanzania’s finance ministry and its central bank.

Ambassador Kanza has been recognized for her achievements in advancing economic development. In 2008, she became an Archbishop Tutu Leadership Fellow, and in 2011 a WEF Young Global Leader. In 2020, she was nominated as a Richard von Weizsäcker Fellow by the Robert Bosch Academy and the magazine Forbes Africa listed her as one of Africa’s 50 most powerful women. She has served on various boards, including those of the African Leadership Institute - South Africa, Mercy Corps Europe, The Nature Conservancy Africa Council, and the Uongozi Institute.